75 For Information only. Not available to sell. 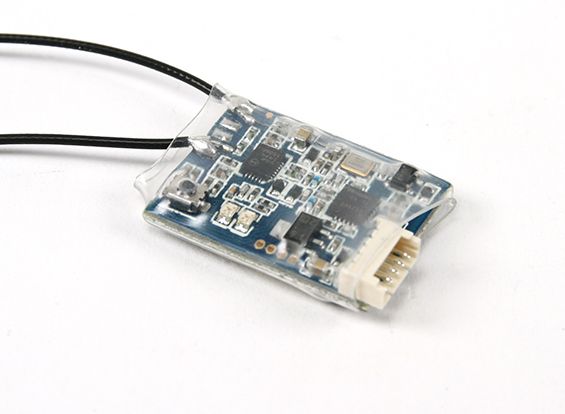 The X8R is in a Smaller package then previous 8 channel receivers, but has so much more capability. The new Smart Port supports the new hub-less sensors as well as the older hub analog sensors.

The X8R supports 8 standard servo outputs, and you can access all 16 channels by using the Sbus line with Sbus supported servos or use a FrSky S.BUS Decoder for the full 16 channels. Or you can use 2 X8R receivers in combination and the channels will sync 1-8 on the first and 9-16 on the second.

The X8 protocol is also backward compatible! In D8 mode it work with the DHT, DJT, DFT and DHT-U transmitter modules. In this mode you only have access to 8 channels but you still get to use the new Smart Port and digital sensors! And even cooler is the new antenna design “PCB” it reports up to a 20% gain in range over their older antennas. And the X8R is Firmware Upgradeable!

This is the perfect receiver for the FrSky Taranis, with its built in XJT Module or any of the D8 systems to take advantage of the new digital Smart Port sensors.